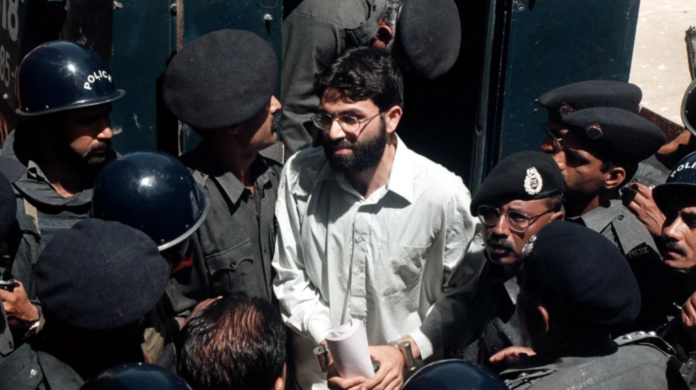 The administration of President Joe Biden was “outraged” over the acquittal of prime accused in Danel Pearl murder by the Supreme Court (SC), and United States Secretary of State Antony Blinken said America was ready to prosecute Omar Saeed Sheikh in US courts.

“I am deeply concerned by the Pakistani Supreme Court’s decision to acquit those involved in Daniel Pearl’s kidnapping and murder. We are committed to securing justice for the Pearl family and holding terrorists accountable,” Blinken said on Twitter.

A day earlier, the SC had ordered the release of the Pakistan-origin British suspect convicted and later acquitted in the gruesome 2002 beheading of American journalist Pearl.

The court had also dismissed an appeal against Omar Sheikh’s acquittal by Pearl’s family.

The short order had been issued by a three-judge bench headed by Justice Mushir Alam. One judge had opposed the decision.

“The court has come out to say that there is no offence that he has committed in this case,” Mahmood A Sheikh (no relation with the suspect), who represented Omar Sheikh, had said.

“Today’s decision is a complete travesty of justice and the release of these killers puts in danger journalists everywhere and the people of Pakistan,” the Pearl family had said in a statement released by their counsel on Thursday.

Blinken, issuing his first statement on Pakistan after taking office on Wednesday, termed the verdict as an “affront to terrorism victims everywhere” and said that the US expected Pakistan’s authorities to “expeditiously review its legal options to ensure justice is served”.

I am deeply concerned by the Pakistani Supreme Court’s decision to acquit those involved in Daniel Pearl’s kidnapping and murder. We are committed to securing justice for the Pearl family and holding terrorists accountable.

Blinken recalled that the main accused had been indicted by the United States in 2002 for hostage-taking and conspiracy to commit hostage-taking. He also noted the statement issued by the attorney general of Pakistan (AGP), wherein the top lawyer had said he intended to seek a review of the verdict.

The authorities in Pakistan have already announced that they will file the review petition in the apex court against the verdict.

The White House statement came after SC upheld the acquittal of Omar Sheikh.

Pearl’s killing — which was filmed — caused international shock and outrage.

“The court has come out to say that there is no offense that he (Sheikh) has committed in this case,” Mahmood Sheikh, who represented the accused, told AFP.

A court order said that Sheikh along with three accomplices connected to the case should “be released forthwith,” though it was not clear when that would happen.

Pearl was researching a story about militants when he was abducted in Karachi in January 2002.

Nearly a month later, after a string of ransom demands, a graphic video showing his decapitation was given to officials.

Sheikh, a British-born extremist who once studied at the London School of Economics (LSE) and had been involved in previous kidnappings of foreigners, was arrested days after Pearl’s abduction.

He was later sentenced to death by hanging after telling a Karachi court that Pearl had already been killed days before the gruesome video of the journalist’s beheading had been released.

Pearl’s family on Thursday called the decision to free him “a travesty of justice” and pleaded for US intervention in the case.

“The release of these killers puts in danger journalists everywhere and the people of Pakistan. We urge the US government to take all necessary actions under the law to correct this injustice,” the family said in a statement.

Lawyers filed a last-ditch attempt to overturn the acquittal of a British-born militant convicted of masterminding the murder of US journalist Daniel Pearl in Pakistan, a government prosecutor said Friday.

Fiaz Shah, prosecutor general for Sindh government, told AFP that it had lodged a review of the verdict at the Supreme Court in the capital Islamabad.

“The petition was filed to seek a review and request the court to recall the order of acquittal,” Shah said.

An official at Central Prison Karachi, where Sheikh is being held, said they had not received a formal court order for his release.

“As soon as the order is formally received, it will be followed,” said the official requesting anonymity.