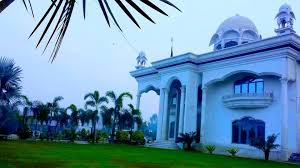 In 2018, Khokhar was arrested for building his home, Khokhar Palace purportedly by taking illegal possession of 34-marla land of a citizen, Tariq Mahmood. The suspects claim to be in possession of the documents for the land valued at Rs1.5 billion.

The encroachment drive was conducted by the Lahore Development Authority (LDA) with the support of the police. Various teams of the district government reached the site along with heavy machinery and started operation.

The rear entrance and walls of Khokhar Palace were demolished. The rear wall of the house of Khokhar’s nephew, Tahir Javed, was also demolished.

Scores of PML-N workers were also present on the occasion.

On January 23, during a press conference in Lahore, former PML-N MPA Saiful Malook Khokhar said the district administration was carrying out the operation to please Prime Minister Imran Khan through a select encroachment drive.

Lahore deputy commissioner Mudassar Riaz Malik had told the Lahore High Court (LHC) chief justice that the issue is only of two marlas, he said.

All relevant institutions have cleared the land but the government wants to take revenge for the PDM’s Minar-e-Pakistan rally, Khokhar claimed.

He said he had previously approached the court and will do so again, adding that there were 11 fake cases filed against his family.