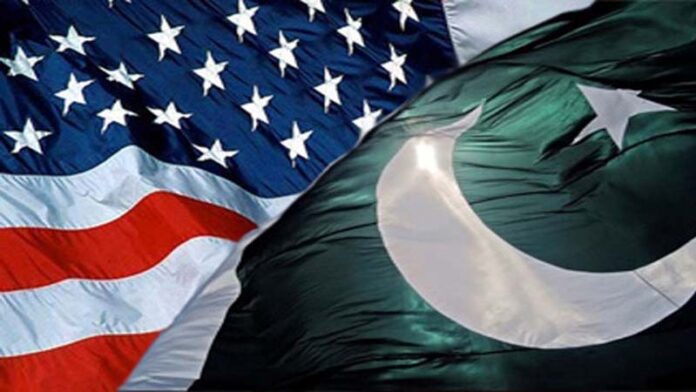 KARACHI: A webinar titled “Reset of US-Pakistan Relations” was held under the auspices of Karachi Council on Foreign Relations (KCFR) Chairman Ikram Sehgal.

Speaking at the webinar, Federal Minister for Foreign Affairs Shah Mahmood Qureshi explained Pakistan’s position as a bridge between China and US and said that Pakistan is a nation of 220 million people at the crossroads of China, Middle East, South and Central Asia and the country envisions itself as a hub for trade in the region.

“US President Joe Biden has strong insights into the dynamics, which had changed over the years. Between Pakistan and US, there were shared interests, common aspirations for economic development and enhanced connectivity in the region. Thus, a rare moment of hope for peace in Afghanistan, provided a strong foundation for both sides to take further the bilateral relationship,” he said.

“Pakistan offers tremendous opportunities for the private sector as seen by the profitability of multinational corporations in Pakistan, as compared to global averages. There is a need to have a fresh approach on all issues in order to have a meaningful dialogue with Biden’s regime. Our focus has shifted towards geo-economics. We want a healthy relationship with India as well, but unfortunately the present regime in India has vitiated that by their actions.”

Former Assistant Secretary of State Robin Raphel emphasised on the need of presenting a softer image of Pakistan to USA and said, “Pakistan is an important country. Insufficient support on Afghan issue and lack of understanding between the two countries led to the double game narrative. Both the countries should interact truthfully. Pakistan is a country with large human and natural resources, which is known by the State Department. Pakistan must be addressed as such. More efforts are needed at the higher levels in both the governments.”

Former Ambassador Zamir Akram mentioned that the cornerstone of relationship with US is “national security” and the relationship is tilted in favour of US (large country).

Michael Kugelman, from Woodrow Wilson International Centre, US, feared that US may have difficulty in high level of connectivity with Pakistan and its relationship with India may take precedence. “However, joint collaboration on the Afghan peace and ISIS issues would remain a source at high level of connectivity between the two countries. There is scope in conjoining non-security matters, including climate change, cyber security, clean energy and public health, and through this potential relationship would improve.

Former Foreign Affairs Secretary Aizaz Ahmad Chaudhry said that the person-to-person connections are stronger than the government-to-government relations between the two countries.

Concluding the webinar, KCFR Chairman Ikram said that Pakistan’s role is critical as it has positioned itself as a neutral state in the region as compared to Iran and Saudi Arabia. “There is a need for investment driven relationships,” he said.