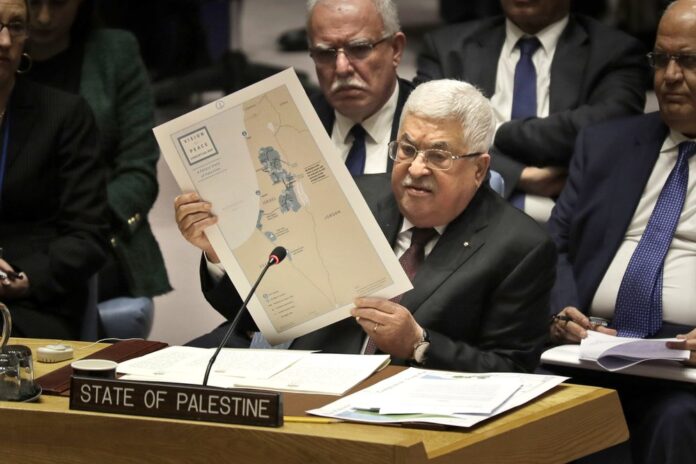 GAZA CITY: Palestinian President Mahmoud Abbas has announced that the first presidential and parliamentary elections since 2006 will be held later this year. But the road to the vote — the key to advancing Palestinian statehood and mending a rift between Abbas’ Fatah party and the fighter group Hamas — is littered with obstacles.

Parliamentary elections are to be held on May 22, followed by a presidential vote on July 31. The rival factions will meet in Egypt later this month, hoping to work out logistics and settle their differences before election campaigns kick-off.

With the aging Abbas at the helm in the West Bank and Hamas’ rule entrenched in the Gaza Strip, there are many outstanding questions. Here’s a look at the complications surrounding a Palestinian election:

While President-elect Joe Biden is likely to take a more balanced approach, he is expected to direct his attention first to more urgent foreign policy issues, such as the Iran nuclear deal. Abbas apparently hopes to start the relationship with the Biden administration on good terms by meeting the West’s long-standing demand that he hold overdue elections. Abbas may also have felt pressure from the European Union, one of the most important backers of his self-rule government, the Palestinian Authority. Similar pressure appears to have been exerted by Turkey and Qatar on Hamas.

Hamas and Fatah have spent years trying to reconcile after a split more than a decade ago. Hamas, considered a terrorist organisation by Israel and Western countries, won the last parliamentary elections in 2006, but the international community largely refused to deal with any government that included Hamas figures.

After fierce street battles, Hamas routed Fatah forces and seized power in Gaza in 2007. It retained control of the territory despite an Israeli-Egyptian blockade. Numerous attempts to bring the factions together have failed, with terms for holding elections a major sticking point. Both sides have been unwilling to cede power and compromise — and it’s not clear whether attitudes have changed. In Gaza, Hamas has created its own government bureaucracy, along with an armed wing and a stockpile of rockets aimed at Israel. Abbas, who oversees autonomous zones in the West Bank, opposes violence as a means of ending more than half a century of the Israeli occupation.

An additional roadblock is uncertainty about holding the vote in Israeli-annexed east Jerusalem, sought by Palestinians as a future capital. Israel captured east Jerusalem, home to about 300,000 Palestinians, in the 1967 Mideast war, along with Gaza and the West Bank. Israel considers all of Jerusalem as its capital. While Israel permitted voting there under a less hard-line government in 2006, it could now view a vote as undermining its control and block it. Palestinian Central Election Commission chief Hanna Nasser said Saturday that officials have asked Israel about allowing voting in east Jerusalem. Abbas has said it is essential for such voting to take place.

Abbas, 85, has led the Palestinian Authority and the Palestine Liberation Organisation (PLO) since the death of Yasser Arafat in 2004. While he has repeatedly said he would not seek another term as president, he has not groomed a successor. It’s possible that he will run again. Several senior Fatah members in their ’60s and ’70s consider themselves as potential candidates, but no clear favorite has emerged. Marwan Barghouti, a leader of the second Palestinian uprising against Israeli occupation, has done well in opinion polls but is serving multiple life terms in an Israeli prison, complicating any candidacy.

A challenger from Hamas is also up in the air. Hamas leader Ismail Haniyeh, who led the group’s electoral list in the 2006 vote, left Gaza in 2019 for what was billed a regional tour, never to return.

Haniyeh, who now leads the movement’s decision-making body, was for years the group’s self-styled prime minister, running Gaza during the blockade and three wars with Israel. As a candidate and later head of the territory’s government, Haniyeh portrayed himself as an average person still living in the crowded al-Shati refugee camp on the edge of Gaza City, but that image did not last long. People in Gaza, many poor and jobless because of the blockade that was imposed in response to Hamas’ policies, whispered about Haniyeh’s rumored wealth. Since he left Gaza, images of his often luxurious stays in hotel suites in Qatar have leaked online, a jarring contrast to the grim reality of Gaza’s 2 million people.

NEW YORK: US President Joe Biden on Tuesday said that a sovereign and democratic Palestinian state is the "best way" to ensure Israel's future. "We...
Read more
World

KABUL: The Taliban administration in Afghanistan is working towards reopening high school education for girls, who were left out of a recent return to...
Read more
Top Headlines

China keeps virus at bay at high cost ahead of Olympics

BEIJING: The Beizhong International Travel Agency in the eastern city of Tianjin has had only one customer since coronavirus outbreaks that began in July...
Read more
World

World powers to meet with Iran at UN to push for return to nuclear talks: France

NEW YORK: Ministers from Britain, China, France, Germany and Russia will meet with Iran at the United Nations later this week to try to...
Read more
World

Canada’s Trudeau headed for another minority in ‘status quo’ election