Two and a half years after applying, PTCL’s licence has still not been renewed 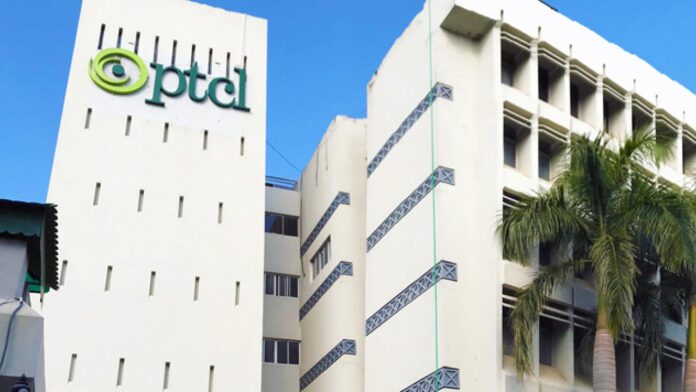 Ah, PTCL. The company has existed in some form since 1949, two years after the existence of the country. This explains why Pakistan Telecommunication Company Ltd, seems so ingrained in society, as part of the social fabric as other random Pakistani things that have been around for decades: PIA, the army, chai – you get the picture.

That is why it is easy to forget that like many other companies in Pakistan, PTCL is operating off the goodwill of the regulator. In this case, that would be the Pakistan Telecommunication Authority (PTA), which issues licenses. [restrict paid=”true”]

It was PTA, who in 1996, issued a license to PTCL to operate for the next 25 years, which it did happily. In a notice issued to the Pakistan Stock Exchange on the first day of the new year, PTCL explained that its license – which ran from January 1, 1996, to December 31, 2020 – had expired, and that it required a renewal of its license.

Knowing this, PTCL had initiated the process on June 29, in 2018, a full two and half years before the expiry date of the license. And like clockwork, the PTA responded a few months later, in October of that year, saying that it would renew the licence according to government policy.

And then? The PTA sat back, and did… nothing. This is what explains how two and half years later, PTCL – which is the national telecommunications provider, has the largest fibre cable network, and employs 16,000 people – suddenly finds itself unable to operate in the new year.

Just to hammer that home: the PTA is a government body. The PTCL is majority government-owned. Those 16,000 employees are government employees. You would think that someone at the PTA’s licensing division would have paid attention to the upcoming renewal.

For those readers scrambling to check if their PTCL connection is still working, PTCL has taken action to make sure it can still operate. That involved filing a literal lawsuit against PTA in the Sindh HIgh Court on December 18, two weeks before the end of the year. PTCL has requested a permanent injunction against PTA, which means that PTA cannot take any adverse action or “interfere in the business of PTCL and the provision of services on the basis of license”.

What is going on? On the surface, it seems like bureaucratic inefficiency, once again. According to the notice, PTCL and PTA and the federal government are still in talks to decide on the terms and conditions of the license.

In fact, even the PTA was set up in the 1990s, as part of a range of telecommunications and internet companies and bodies introduced during the (very, very slow) digitisation process of Pakistan. Consider: the internet was introduced in Pakistan in 1993. Pakistan got its first submarine fibre optic in 2000, which was also the year it set up its first IT policy at national level.

PTC (Pakistan Telecommunication Corporation) took over the department in 1991, which was also the year the federal government announced it would partially privatise the corporation. That happened five years later, PTCL was given its original license for an agreed licence fee of Rs249 million, and also listed on the Karachi Stock Exchange.

PTA has over the years agreed to amendments in the license. In 2005, the PTA modified the license, to include a spectrum license for a fee of Rs3,647 million, which means that PTCL can provide wireless local loop (WLL) in Pakistan for 20 years. Then in 2008, PTA allowed PTCL to establish and maintain a telecommunication system in Azad Jammu and Kashmir and Gilgit-Baltistan. This was for an agreed license fee of Rs109 million. In 2015, WLL was also allowed in those territories, from Rs98 million.

But by far the most interesting thing that has happened to PTCL, is that it was partially acquired by a foreign shareholder in the mid-2000s. In June 2005, the Dubai-based company Etisalat acquired a 26% share in PTCL – with management control – for $2.6 billion. And in March 2006, it was also promised some 3,384 PTCL properties.

However, only 3,248 were transferred, while 136 properties were simply not. There is some confusion over why this happened: according to one account, the properties never existed, and PTCL’s asset management wing had bungled, owning only 3,248 properties but weirdly mentioning 3,384 in the privatisation agreement finalised in 2006. According to another account, the properties were in fact partially owned, or owned by provinces, despite being occupied by the federal government.

Either way, Etisalat was not amused. The company was given five years to pay the acquisition price in installments, but citing non-compliance over the properties, Etisalat refused to pay the last $799 million chunk. In January 2020, Etisalat offered to pay $300 million, but the matter is still pending, having now been taken up by the Economic Coordination Committee (ECC) and the cabinet.

Every year, the government of Pakistan duly lists that $799 million as a source of revenue for that year, and every year, Etisalat – like Lucy with Charlie Brown and the football – refuses to pay.

Is this long-standing squabble perhaps the reason for the delay in the licence’s renewal delay? [/restrict]