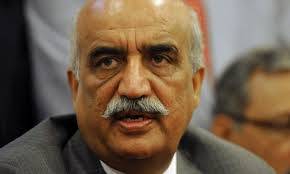 A three-member bench headed by Justice Mushir Alam and comprising Justice Sardar Tariq Masood and Justice Sayyed Mazahar Ali would hear the petition filed by Shah and his son Farukh Shah in a case pertaining to being in possession of assets disproportionate to declared income.

The court, while fixing the request for hearing, issued a notice to a National Accountability Bureau (NAB) prosecutor.

The NAB had arrested Shah in September 2019 from Islamabad and filed a reference against him the following day. In December 2020, he was indicted in the case.

Multiple corruption cases against Shah are under investigation with NAB. In 2012, an accountability court had directed NAB to file a reference against him on a complaint pertaining to the alleged accumulation of illegitimate assets.

In 2013, NAB had reopened two corruption cases against Shah under the directives of the Lahore High Court.

March 8, 2021
It is saddening that the national power sector is deteriorating with passage of time instead of any noticeable improvement in its governance , administration...