Sugar price in wholesales market drop by Rs7 in a week 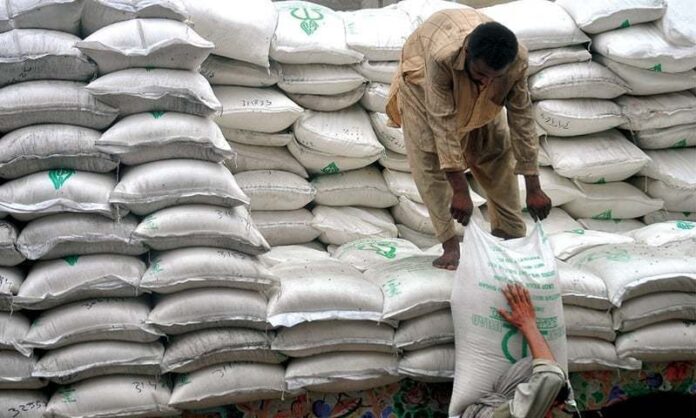 ISLAMABAD: Sugar prices in the wholesales market decreased six to seven rupee in a week as the price of sugar in Jodia Bazar, Karachi fell down to Rs89 from Rs96 since November 12, whereas price in Akbari Mandi, Lahore also decreased to Rs93 from Rs100 in the last one week.

A senior government official told Pakistan Today that prices of sugar will further go down due to availability of imported sugar and the early crushing season that has commenced from November 10 this year.

Meanwhile, Federal Minister for Industries and Production Hammad Azhar contradicted the claim of the Pakistan Sugar Mills Association (PSMA) with regards to the non-availability of sugarcane saying that there was no cane shortage in Punjab.

“The cane commissioner has estimated more sugarcane crops than last year,”  he said.

In its letter to the minister on Friday, the PSMA feared that the sugar mills, because of the shortage of cane, will be forced to shut down their units within a week due to the scarcity of sugarcane. They further claimed that the growers had not started sugarcane harvesting in most of the regions in the country despite the fact that the crushing season had commenced.

On this, the federal minister said that the notified price was the minimum price and if the demand and supply of the sugarcane leads to a higher price then mills can buy on that price.

“It is also interesting that when we speak to mills on high prices of sugar, they say that it’s a result of demand and supply but when it comes to the pricing of sugar cane for the farmer, then they have departed from that logic,” he added.

The federal minister also said that the mills did not intend on shutting down, and even the PSMA in Punjab was unaware of the letter sent by the head office.

It is pertinent to note that the government has not only instructed the Ministry of Industries and Production to import sugar, but also imposed a ban on sugar exports since February this year in order to control the prices, which is apparently yielding results.