Senate Chairman Sadiq Sanjrani owns assets worth Rs106.3m, whereas Shibli Faraz has assets up to Rs46.7m 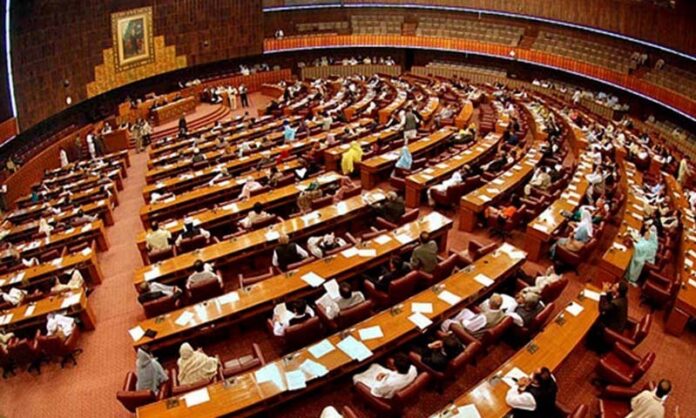 ISLAMABAD: Senator Taj Muhammad Afridi is the richest member of the Senate with assets worth Rs1.22 billion, as the Election Commission of Pakistan (ECP) on Monday issued details of assets owned by the members of the Senate in 2019-20.

According to details, Taj Muhammad Afridi owns assets worth Rs1.22 billion which also included over Rs160 million worth assets abroad.

According to details of the assets owned by members of the treasury benches, Federal Minister Azam Swati owns assets worth over Rs810 million, followed by Farogh Naseem, who possesses assets worth Rs400 million.

Senator Abdul Qayyum owns assets including land worth Rs86.4 million. Senator Pervaiz Rasheed does not own any assets in the country and abroad and only has Rs3.3 million in bank accounts. Senator Raja Zafarul Haq showed only Rs50,000 in the bank accounts without having any property in his name.

Mustafa Nawaz Khokhar owns immovable properties worth Rs120 million, besides having shares of Rs5 million in stocks, vehicles worth up to Rs38.4 million and Rs23.4 million in bank accounts.

Raza Rabbani revealed assets worth millions of rupees including Rs15.3 million investments in the business, Rs6.2 million worth gifted property, besides owning millions in bank accounts. He also paid an income tax of Rs1.5 million.

Jamaat-e-Islami (JI) Senator Sirajul Haq is amongst the poorest Senators as he has inherited 12 kanals of land, investments of Rs361,000 in a business and Rs600,000 in bank accounts.

Senator Talha Mahmood of the JUI-F owns Rs90 million in bank accounts, vehicles worth Rs44.8 million, besides properties worth Rs160 million. He also has investments of Rs27 million and further had other assets worth Rs33 million.