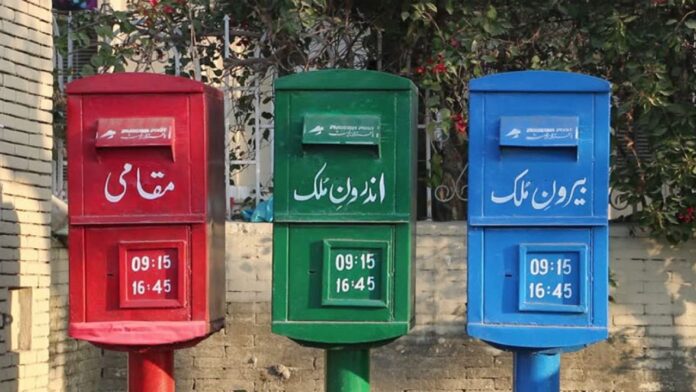 ISLAMABAD: Pakistan Post has reverted back to manual ledger system from digital transactions due to its non-functional Centralised Software Solution (CSS).

Sources revealed that departmental rift among the high-ups of Pakistan Post and the Ministry of Communications has pushed the state institution into stone age as the entire transactions system of PP has been reverted back to the manual ledger system.

At present, the officials of general post offices (GPOs) are shifting the data on excel sheets to keep the record safe, however, a PP official informed this scribe that “manual system is erroneous and could easily lead to ghost transactions in saving accounts”.

The Pakistan Post management had given a contract to Telconet in 2012 to automate seven financial services in 83 GPOs across the country, but PP’s inquiry report revealed that the system was not working effectively even after the lapse of seven years.

Telconet rejected the PP’s inquiry report, stating that the PP’s IT department was satisfied with the performance of the vendor during the first three years, which was the service contract was duly extended till 2017.

Independent IT experts opined that technology implementation and provision of financial services was inherently a difficult task “given the resistance and vested interests of the Pakistan Post officers“, who opposed automation at every level of the behemoth organization.

As per the record, Telconet paid around $650,000 to Escher software licences for software, consulting, training and support services, resulting in the successful implementation of the world class solution. The PP’s IT department in its communication at the time had mentioned that “TelcoNet has implemented all the seven financial services of Pakistan Post as per the contract agreement time period”.

The copy of the contract agreement of 2012 between PP and the vendor revealed that “TelcoNet shall supply only executable versions of the software, while all intellectual property rights pertaining to software, documentation and other technology will remain with the developing company”.

The vendor selected by PP after Feb 15, 2019, carried on providing the same services in 83 GPOs, using the system left by TelcoNet, successfully for several months after the expiry of TelcoNet contract, which showed that the vendor left a fully operational system with PP in Feb 2019. “The new vendor has all records and system data as they kept on operating the system for many months after Feb 2019, and were paid for the successful operations by Pakistan Post,” an insider informed.

Sources said that TelcoNet was providing services at Rs70 million per year (as of Feb 2019), while the contract to the new vendor (for similar services) was awarded at a whopping Rs130 million per year in February 2019. The FIA has also started criminal proceedings against M/s Aims on serious deficiencies and contract violations with Pakistan Post regarding CSS project.

‘Who will stand with you when you retire?’ Mandviwalla asks NAB...

January 18, 2021
Senate Deputy Chairman Saleem Mandviwalla on Monday claimed that the chairman of the National Accountability Beauru (NAB) was being blackmailed by a woman named...