MoST to outsource inspection of food, non-food items in violation of PSQCA Act 1996 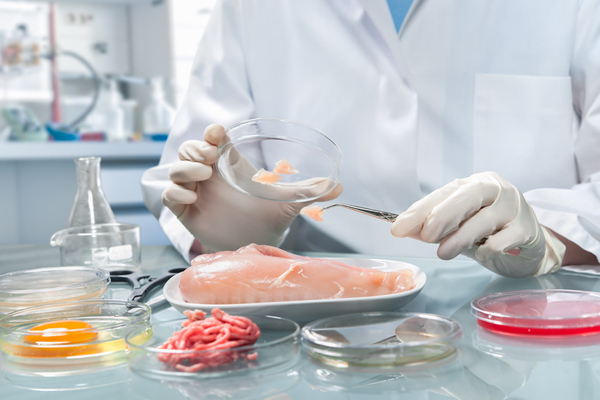 ISLAMABAD: The Ministry of Science and Technology (MoST) is going to outsource the inspection of the mandatory food and non-food items, despite a whole team and departments existing in the ministry to do the same job.

It may be mentioned here that MoST would be taking an unconstitutional decision and violating the PSQCA Act 1996 which is duly approved by the president by outsourcing the functions of the authority whereas the federal cabinet had recently approved the inclusion of 61 new items in the ‘compulsory certification mark scheme’ of MoST.

According to an official at MoST who confided in Profit, the ministry has prepared a draft proposal for outsourcing quality and standard inspections of over 160 items mandated to Pakistan Standards and Quality Control Authority (PSQCA), an attached department of MoST.

Under the plan, private laboratories and companies would be issuing conformity certificates, licenses and marking items after required tests whereas the ministry is going to hire consultants for finalising proposals.

According to another official of the ministry, apart from the legal issue, the proposed model is also not acceptable in the world as PSQCA has signed multiple MoUs and agreements with international standards bodies and organisations. Besides, as per ISO’s regulation, the conformity assessment with standardization, testing and regulatory affairs come under one umbrella.

PSQCA is a National Standards Body (NSB) which monitors and controls conformity assessment, testing and standardisation at the national level and trade at international level.

“The current management of the authority and MoST are misleading the cabinet and prime minister by using the de-track procedure to finish high profile inquiries with personal settlements,” the MoST official said.

According to him, the outsourcing of mandates was also not rational as under the proposed Public-Private Partnership programme, as the authority would lose 40pc of revenue making the self-sufficient organisation financially unstable.

The authority is presently earning 100pc revenue; as the employees’ salaries are protected under section 37 and 38 of PSQCA Act-IV 1996, the remaining 60pc revenue would not be enough to cater to the running expenses of PSQCA.

Another insider privy to the development claimed that influentials in the ministry, who are facing inquiries regarding the purchase of machinery and other lab parts worth billions of rupees, were intentionally trying to outsource the entire testing work to close cases related to the PSQCA lab, testing facilities etc.

According to him, the ministry was going to outsource the business despite the fact that it has already recruited dozens of field officers, project officers and other staff on a regular basis.

However, as per available documents regarding the outsourcing plan through Third Party (Public-Private Partnership) inspection, testing etc., PSQCA, being a self-finance authority, is not in a position to hire hundreds of technical officers in order to complete the task of inspections, testing and conformity assessment according to relevant Pakistan Standards Specifications (PSS) requirements with limited technical manpower.

To fulfil this gap different countries conformity assessment models were studied, out of which the best workable model is Public-Private Partnership (PPP)/outsourcing. This model will be helpful to carry-out local product conformity assessment and inspections at the import stage so that quality products as per relevant PSS could be provided to consumers.

Further, a third-party accredited product certification body and inspection body(s) could be hired through Expression of Interest (Eol).

The federal government has added 61 products in PSQCA’s mandatory list which now includes at 166 products.

Initially, PSQCA will ask the importers to import products with CoC, PSI and test report from accredited bodies according to relevant Pakistan Standards for the recently included 61 items whereas the authority will initiate a PPP model from accredited inspection and Product certification bodies through Eol for the rest of the products.