Both Business Plus and Zaiqa will be converted into wholly owned subsidiaries, with the group still deciding on divestiture 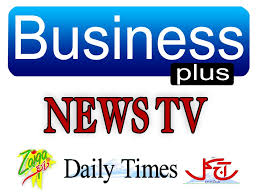 One of the disadvantages of having younger siblings is that the TV remote sometimes lands in their hands. That is how this Profit writer, in 2008, became very well acquainted with Wikkid Plus, the children’s TV channel launched by the Taseers’ company Media Times. It was the first local TV channel geared exclusively to children, at a time when global giants Cartoon Network and Nickelodeon had launched their own localised versions for the Pakistani market.

Much to this writer’s delight, and to Media Times’ dismay, the channel completely fizzled just one year later. It was a bad time for cartoon channels anyway. The Pakistan Electronic Media Regulatory Authority (PEMRA) went around trying to suspend cartoons in 2010, to give you an indication of how much free time PEMRA had.

So, Wikkid Plus was forgotten, and instead morphed into Zaiqa, a food channel. But this has not done so great either. Neither has Media Times’ other satellite TV channel, Business Plus. Both channels remained unoperational in the year 2020. In fact, in a recent notice to the Pakistan Stock Exchange, Media Times said that it had decided on October 6 of this year that it would restructure its company. The electronic and print media divisions would be broken apart, while the electronic media would be divided into two wholly owned subsidiaries for Business Plus and Zaiqa.

“The benefits to accrue from the splitting off two channels in two different entities including creation of two separate legal entities to handle different operations, which will enhance the operational capacity of the Company which will be resulted in enhanced profitability,” the company said.

But the real reason? “The ultimate purpose of this corporate structuring includes to operate the Electronic Media at own, or to be sold or to be liquidated as a divestiture… the above restructuring of Electronic Media into two different entities may be used ultimately to raise capital or selling off two different segments,” said the company in its public announcement.

You know a media company is struggling when their print business is doing better than their electronic business. So how did Media Times come to genuinely consider selling off its TV channels? Let us recap the history.

Media Times was founded in 2001 by Salmaan Taseer, who had become very wealthy from his accounting firm Taseer Hadi, and his real estate business Pace Corporation. The core businesses were print and electronic. Print media included Daily Times, a nationwide English daily newspaper printed from Lahore, Karachi and Islamabad; Sunday Times, a weekly fashion magazine; and Aajkal an Urdu daily newspaper. Electronic media included the aforementioned Business Plus, the first business channel in Pakistan; and Zaiqa, a food channel which targeted middle class women. Both were acquired in 2008, and the licenses are currently Rs2 million each.

Initially, Media Times did very well. Driven by the surprising amount of ad revenue from Sunday Times, the company’s revenue between 2004 and 2010 grew by 34.6% per year on average, reaching a peak of Rs504 million in 2009.

But that all changed in January 2011, when Salmaan Taseer, now the Governor of Punjab, was shot and killed by one of his own bodyguards, due to his opposition to Pakistan’s blasphemy law. Overnight, Taseer’s companies suffered after the horrific assasination, with nearly every company seeing a sudden and sharp drop in revenue in 2011 and beyond. Between 2011 and 2018, revenue figures declined by 3.8% per year. The year 2019’s revenue figure of Rs177 million and 2020’s Rs157 million are the lowest figures since 2005 (Rs148 million).

According to the company’s annual report, the company incurred a net loss of Rs110 million in fiscal year 2020. Meanwhile, the company’s current liabilities exceed its total assets by Rs560 million, and worse, the accumulated losses exceed the share capital and share premium by Rs. 845 million.

It is almost like everything that could go wrong, went wrong. As mentioned before, both channels remained non operational due to the “shifting of up linking station from Karachi to Lahore region”. Then revenue from advertisements decreased by 12% compared to 2019, because of the economic crisis caused by Covid-19, and the resulting advertisement budget cuts by most clients. Then, Media Times has also  defaulted in payments of its loan and lease liabilities, and is currently negotiating with Faysal Bank for settlement of short term borrowings.

That is why: “There is a material uncertainty related to these events which may cast significant doubt on the Company’s ability to continue as a going concern and, therefore, the company may be unable to realize its assets and discharge its liabilities out of court in the normal course of business.”

Is there any silver lining? Yes. One of the reasons that Media Times may also be considering selling its satellite TV channels is because it has realized the future is digital. For instance, it will be starting a web TV channel. that will mainly cover news, current affairs, fashion and sports events. It has also developed a social media wing for each product; prioritized digital advertisement as a main revenue; maintained separate websites, Facebook pages, Instagram accounts, and Twitter accounts for each business unit; and even converted its magazine TGIF (Thank Goodness It’s Friday) into a purely social media phenomenon.

But will it be enough to change revenue fortunes? Either way, it looks like Business Plus and Zaiqa might just have to go.