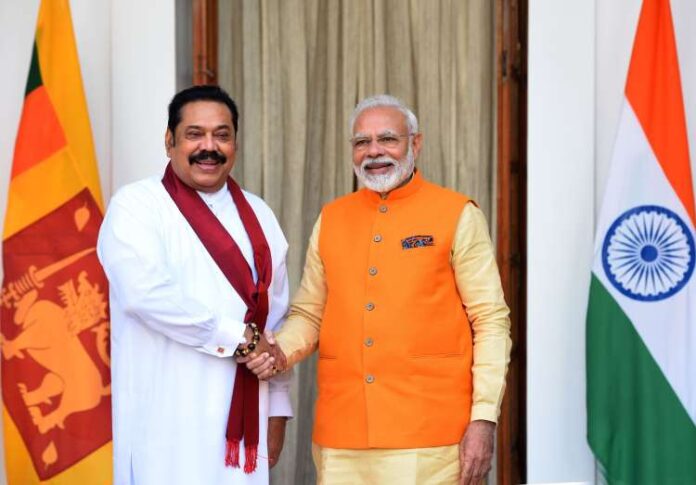 Sri Lanka owes about $960 million to India and earlier this year India agreed to a $400m currency swap facility for Sri Lanka until November 2022.

“An additional request for a bilateral currency swap arrangement worth around $1 billion by the Sri Lankan side remains under discussion,” said the Indian foreign ministry in a statement.

Modi told his Sri Lankan counterpart that under the country’s “Neighbourhood First” policy, India will continue to “give special priority to relations between the two countries”, said the officials.

Sri Lanka, located off the southern tip of India, has become an arena of competing influence between India and China, which has built ports, power stations and highways as part of President Xi Jinping’s signature “Belt and Road Initiative”, designed to boost trade and transport links across Asia.

But the terms of some of these projects have drawn domestic criticism in Sri Lanka and opened the way for countries such as India, the United States and Japan to rebuild ties in the Indian Ocean country that lies near key shipping lanes.

Rajapaksa, who won a general election last year after promising to pull the country out of its deepest economic slump, has to service mounting external debt amidst the coronavirus pandemic.

He told Modi that the Sri Lankan government’s policies will facilitate deeper economic and strategic cooperation between the two countries.