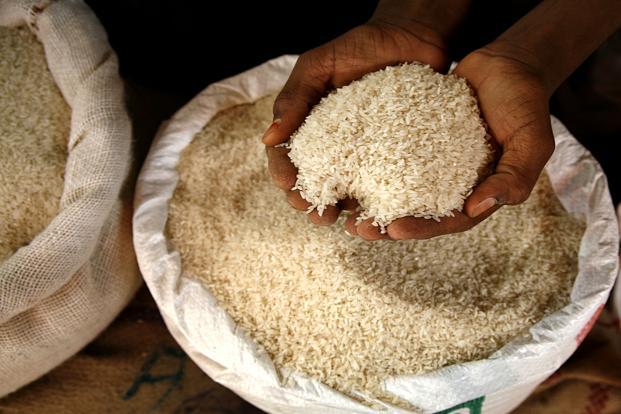 ISLAMABAD: While Pakistan is yet to implement the Geographical Indications (GI) law promulgated in March this year, India has applied for an exclusive GI tag to Basmati rice in the European Union (EU).

The EU has subsequently published the application of India in its official journal on September 11, 2020, showing Basmati rice as an Indian origin product, despite the fact that similar rice is widely produced in Pakistan.

Interestingly, officials of the Ministry of Commerce, when contacted, were unaware of this major development which could ultimately damage Pakistan’s exports, such as the aromatic rice, to European countries.

Earlier last month, Adviser to the Prime Minister (PM ) on Commerce Abdul Razak Dawood had directed the officials to implement the GI since it was promulgated as a law over five months ago.

It may be mentioned here Pakistan, after a delay of almost 18 years, had enacted Geographical Indications (Registration and Protection) Act in March this year.

According to EU’s official journal, any country can oppose the application for registration of a name pursuant to Article 50(2) (a) of Regulation (EU) No 1151/2012 of the European Parliament and of the Council on quality schemes for agricultural products and foodstuffs within three months from the date of publication.

As per the Indian application, basmati is special long grain aromatic rice grown and produced in a particular geographical region of the Indian sub-continent. In India, this region is a part of northern India, below the foothills of the Himalayas forming part of the Indo-Gangetic Plains (IGP). The special characteristics of basmati are its long slender kernels with a high length to breadth ratio, an exquisite aroma, sweet taste, soft texture, delicate curvature, intermediate amylose content, high integrity of grain on cooking, and linear kernel elongation with least breadth-wise swelling on cooking.

Further, India has claimed that basmati is grown and produced in all districts of the states of Punjab, Haryana, Delhi, Himachal Pradesh, Uttarakhand, as well as in specific districts of western Uttar Pradesh and Jammu & Kashmir.

India has also referred other reports to show that the basmati rice is of Indian origin without mentioning that the same is produced in Pakistan.

Leading rice exporter and former office bearer of Rice Exporters Association of Pakistan (REAP) Taufiq Ahmed says that the Indian application at EU must be opposed immediately as it would badly damage Pakistani products’ exports to European countries.

He said that despite repeated requests and reminders, concerned authorities in Pakistan have been ignoring this serious issue for years and now if the problem is not handled swiftly then we would be left with no option but to sell basmati rice with an Indian name/brand.

“Apart from opposing the GI tag from the EU, Pakistan must also consult international dictionaries to rectify the definition as the same rice is largely produced in Pakistan. Unfortunately, India is also registering Himalayan salt and Multani Matti with Indian names in the international market,” he said.

According to an official at Intellectual Property Organisation (IPO), an attached department of the Ministry of Commerce which drafted the GI law, the Indian application would definitely be opposed in the EU.

He said that since the GI law has been promulgated, Pakistan would take up the issue of all GI products of Pakistani origin with the EU.

According to officials, Basmati was already recognised as a product of both India and Pakistan in the European Rice Regime and its Duty-Free Regime, making it illegal for India to claim exclusive rights of Basmati in the EU.

“The Cambridge dictionary and Wikipedia also show the product as originating from Pakistan and India,” he added.

It may be recalled here both India and Pakistan have approved the GI law which includes basmati as a product of their respective origin. The protection of geographical indications is aimed at boosting exports, helping support rural development in the country, and enhancing the livelihood of agriculture producers and skilled craftsmen.

Member countries of the World Trade Organisation (WTO) need to give protection to GIs under Article 22-24 of the Trade-Related Aspects of Intellectual Property Rights (TRIPs) agreement. Unless Pakistan provides GI protection, it cannot obtain the same for its own goods in other countries that have the GI law. The GI law covers a wide variety of industrial, agricultural, and horticultural products among others.