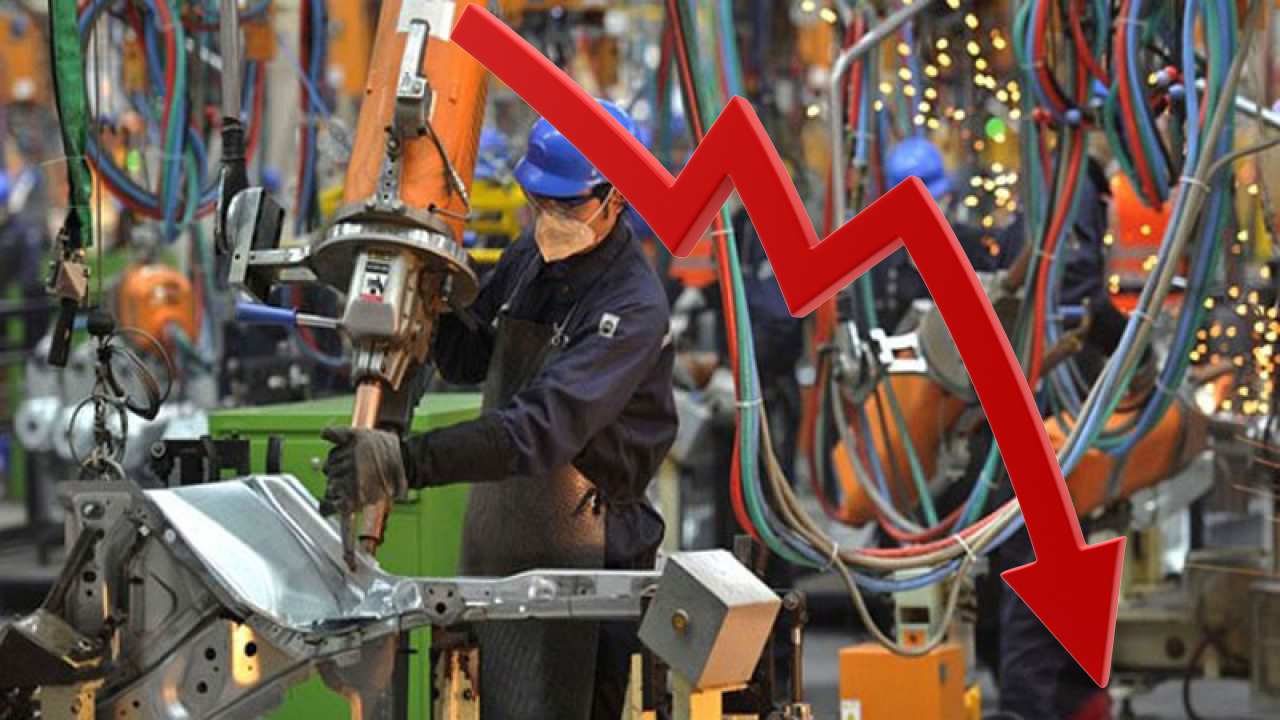 In news that surprised absolutely no one, large scale manufacturing declined in April 2020, according to the latest data released by the Pakistan Bureau of Statistics. However, what was surprising is that it fell by a whopping 41.9% compared to April 2019, and by 32.9% when compared to March 2020.

Even March’s own numbers were not as bad – that month only saw a 23.0% reduction in large scale manufacturing when compared to March 2019.

This, as a June 18 research report from JS Global puts it, is the “the largest decline in recent memory”. The report also dubs the figures as a ‘given’, considering the near-complete lockdown that the country was subjected to due to the Covid-19 pandemic.

Still, one could be consoled by the fact that these three segments carry relatively little weight in the overall large scale manufacturing index (at 6.6%, 1.2% and 0.8% respectively).

However, the largest segment by weight is textiles, at 29.7% and that fell drastically 64.2% YoY. And the second largest segment, food beverages and tobacco, at which hold a 17.6% weight, fell by 23.2% YoY.

When comparing the first ten months of fiscal year 2020 with the same period last year, large scale manufacturing fell by 9.0%. As expected, much of this decline was brought about by automobiles, which fell 41.9% when comparing both periods, followed by textiles, which fell 8.7% and coke and petroleum products, which fell 21.2%.

Because of April’s dismal figures, large scale manufacturing is actually expected to bounce back up on a monthly basis in the remaining two months of fiscal year 2020–which is only because the base month figures are so low.

“Compared to last year, LSM will most likely remain significantly lower,” notes the research report, which one could have probably guessed.

Now, why is this worrisome? To recap, according to the latest Pakistan Economic Survey, manufacturing as a sector contributes about 14% to GDP (gross domestic output), and provides employment to around 16.1% of the labour force.

The current fiscal year has seen very erratic monthly growth rates for large-scale manufacturing, so the months of March and April are actually very much in keeping with general uncertainty that predates the Covid-19 crisis.

The fiscal year started on a positive note, with large-scale manufacturing recording 2.11% growth in July 2019. This fell to negative growth of -2.42% MoM in August. It then picked up in the next two months, with the growth rate recorded at 2.76% MoM in September 2019, followed by 5.4% MoM in October 2019.

So, what happened? According to the survey, fiscal year 2020 required ‘fiscal and monetary adjustments’, such as flexible exchange rate and austerity drive. These ended up having  short-term repercussions on the domestic industrial sector.

For instance, the rupee depreciated by 3.9% during July to March 2020, which increased costs for industries, particularly for those relying on imported raw materials. A high interest rate of 13.25% while needed to contain inflation and attract hot money, ended up discouraging investment.

There were also some sector specific issues. For instance, 2020 saw the practical death of the automobile sector, as people just stopped buying cars because of unusually high prices (again due to the depreciation). Meanwhile, the steel sector saw high electricity prices dent its margins.

Is there any hope looking forward? So, the government has announced a special package for the construction sector, including an amnesty scheme, tax exemptions and Rs30 billion subsidy for Naya Pakistan. Export-oriented industries have been given Rs100 billion worth of tax refunds as well as deferment of interest payments. The government is providing electricity subsidies–for instance, the textile sector will be provided electricity at a rate of 7.5 cents per unit (kWh) and gas at $6.5 per unit until June 30 this year. The Economic Coordination Committee has also  approved a Rs50.7 billion package to provide indirect cash flow support to small and medium enterprises through pre-paid electricity bills for May to July.

Whether it pays off remains to be seen. But you can tell that everyone has noticed the sharp drop in numbers, and no one is interested in seeing this pattern repeat for May or June of this year, not if it can be helped.