‘Hedging of oil price’ among 11 items on ECC’s agenda 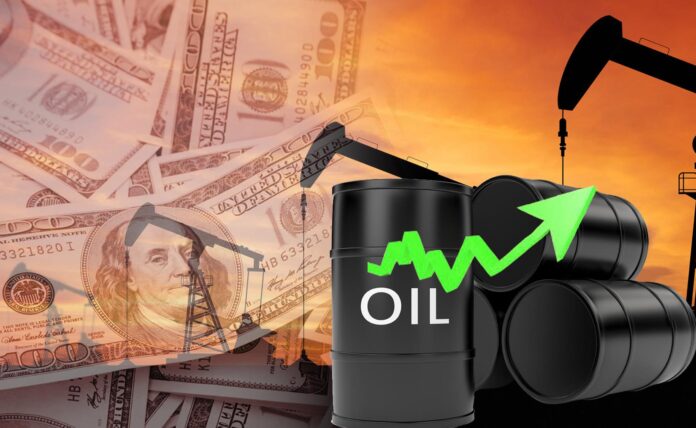 ISLAMABAD: The Economic Coordination Committee (ECC), in its upcoming meeting, would take up an issue pertaining to the “hedging prices” for imported petroleum products.

According to details, the upcoming ECC meeting, which would be held under the chair of Adviser to Prime Minister on Finance Dr Hafeez Shaikh, would take up 11 agenda items, including the hedging prices for imported petroleum products.

The ministry had also recommended that the Pakistan State Oil shall be approved as the counterparty, given that it submits a performance guarantee to the Ministry of Finance.

“Besides, a committee, led by finance secretary, shall be formed to chalk out financial modalities in this regard with a selected bank. OGRA be given a policy direction to include monthly prices of the option in the cost of LNG (or any other oil product chosen) while announcing the monthly fuel prices.”

Meanwhile, other ECC agenda items include the Ministry of Interior’s proposal for approval of a technical supplementary grant (TSG) amounting to Rs8.844 billion for Western Border Management Phase-II.

The agenda also entails a proposal for a TSG of Rs4,410.774 million for National Accountability Bureau’s (NAB) international arbitration — Broadsheet ILC vs Government of Pakistan, as payment for the part final award (quantum) and part final award (costs).

The ECC would also consider the Revenue Division’s request for a technical supplementary grant of Rs200,977,056 to meet the obligatory expenditure under the Federal Board of Revenue (FBR) for FY20.

The meeting would further take up the Cabinet Division’s request regarding a technical supplementary grant to meet the shortfall incurred during the current financial year. The

Moreover, the ECC may consider the Ministry of Industries and Production’s civil petition, launched by Pakistan Steel against Muhammad Zardad Abbasi and 75 others, before the Supreme Court of Pakistan. The meeting would also take up a Petroleum Division proposal for the supply of gas to localities/villages within 5km radius of gas predating fields.

ISLAMABAD: The Higher Education Commission (HEC) has asked students not to take admissions in unauthorised two-year BA/BSc or MA/MSc programmes. In a tweet, the HEC...
Read more
- Advertisment -