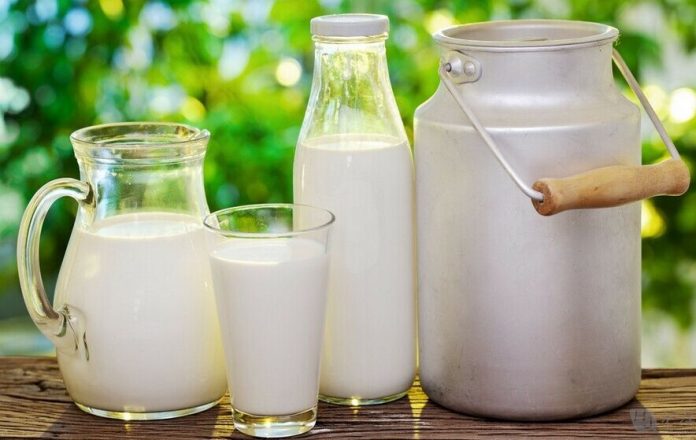 LAHORE: The current lockdown has badly affected the dairy farming in the country and the dairy farmers have demanded the government to ban powdered milk imports immediately.

“The government should immediately ban the import of powdered milk as it is killing the local dairy and livestock industry of Pakistan and if it is not done on war footings it would be a decisive blow to the country’s livestock and dairy sector,” Shah added.

Agreeing with Shah, Tajammul Mehdi, a small scale dairy farmer, in Lahore said that generally, the gawala system/middlemen mechanism has been the main buyer from small to medium dairy producers on a considerably very low rate on an average credit period of 30 days.   “Under the current circumstances household demand has substantially decreased in average households. Primarily, due to the existing fear and lately due to the affordability priorities of the mass market,” Mehdi said.

He added that only the affluent and upper middle classes afford regular supplies which constitutes merely a meager percentage of the target market. The dairy farmer added that the bulk sales were used in the value added manufacturing; sweet shops, bakeries, restaurants and caterers which are all shut now, thus creating an enormous imbalance in demand and supply mechanism.

He claimed that supply chain vehicles do not have access to all areas in time due to random blockade on different routes.  “These issues affect a perishable product and add costs to the supply chain itself. Police are regularly taking bribes to let the vehicles allow entry and exit in the city,” he said, adding that resultantly the whole chain has disturbed.

The dairy farmers have been working on very small margins since ever, and have been adversely affected by the shortfall in the cash cycle. The people from the dairy sector added that regular milk production cycles undergo a natural dip in extreme weathers.

Mehdi added that the dairy farmers previously have had to invest further in fresh cattle purchases, fodder and environment control mechanisms etc to cope with the drop in production levels and maintain their minimal affordability economic balance. He said that the current scenario would drive away a lot of low budgeted dairy farmers.

“There is no fresh investment, there is lack of fodder and farm management, leading inevitably to low production. Whereas, dairy product’s demand rises in the same weather,” he said.

A concentrated diet or supplemental diet is inevitable for all cattle. It constitutes approximately 20 percent to 30 percent of cost in any form of cattle farming venture to maintain a nutritional balance to achieve optimal levels of milk and reproductive cycles.

Concentrate diet which is generally known as Vanda, a formulated mix of one or more commodities and condiments to provide and maintain protein, energy and digestibility levels of various cattle as per their needs.

Presently, feed mills are facing problems in procurement of raw material due to price fluctuations, goods transport issues etc.  “Above all, under the current circumstances, a farmer does not even afford to bear this most necessary cost to maintain the inevitable Feed Conversion Ratio (FCR),” the dairy farmer said.

According to informed sources in the dairy and livestock sector, the all packed high-end milk constitutes around 5-7 percent of Pakistan’s total dairy sector. But the government has set a 2022 deadline for a ban on fresh milk sales after which only registered pasteurized milk and homogenized (boxed) milk shall be permitted to sell.

The sources from the dairy sector added that most certainly the packaged milk sales have increased under the lock down. In fact, they’ve further reduced their farm procurement rates to squeeze certain suppliers to seize the opportunity. These corporations are ruthless.