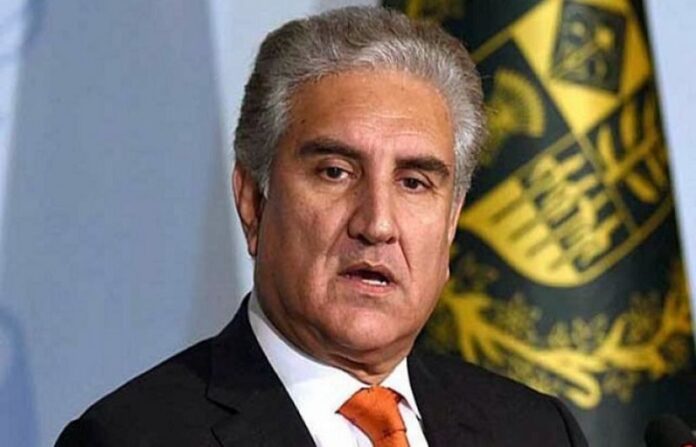 MULTAN: Foreign Minister Shah Mahmood Qureshi said on Tuesday that the government was trying to get loans rescheduled from the International Monetary Fund (IMF), World Bank (WB) and Asian Development Bank (ADB) to deal with the coronavirus pandemic effectively.

Speaking during a meeting at Circuit House, the foreign minister said that the rescheduled amount would be used to facilitate the health sector.

He said that the government was closely carefully monitoring the coronavirus situation locally and internationally. He said that one newly-established sub-committee is coordinating with the international community under his supervision whereas the other is headed by Minister for Planning and Development and is focusing on ensuring the supply of food commodities in the country under lockdown.

Qureshi said that he was constantly in contact with the European Union (EU), G77 and G20 countries, adding that the government was also contacting Pakistanis abroad to ensure their safety.

Responding to a question, Qureshi said that the government was trying playing its role for the lifting of international sanctions on Iran. “They cannot even purchase ventilators despite having money to buy them,” he added.

Speaking about a possible nationwide lockdown, he said that it would require immense preparation. “In China, when 60 million people underwent complete lockdown in Wuhan, 45,000 workers were mobilised to ensure uninterrupted online supply of food items to people’s homes,” he added.

He pointed out that before a complete lockdown can be announced, the government would have to ensure the distribution of food to people’s homes.

About the volunteer force announced by the prime minister, Qureshi said that Corona Relief Tiger Force’s first meeting would be held in Multan.

Qureshi said that every union council comprised six wards and a volunteer force would be created in each ward. “These youngsters will register the names, ID card numbers, phone numbers and addresses of those in need of financial assistance,” he added.

The foreign minister urged the local parliamentarians and district administrations to extend maximum cooperation in this regard so that the poor can be facilitated.

He said the government gave a historic relief package of Rs1.2 trillion and would continue to support different segments of the society.

He also expressed disappointment at the opposition’s criticism and said that Pakistan can only deal with this crisis effectively if the nation stands united.

The United States Congress has passed a bill named after Nobel laureate Malala Yousafzai that expands the number of scholarships to women...
Read more
HEADLINES

Shafqat for digitising exam board data to facilitate students

ISLAMABAD: Federal Minister for Education and Professional Training Shafqat Mehmood has directed the Inter Board Committee of Chairmen (IBCC) and the National Information Technology Board...
Read more
HEADLINES

An anti-terrorism court (ATC) on Sunday gave the death penalty to a hitman associated with the banned outfit Lashkar-e-Jhangvi (LeJ) for the...
Read more
GOVERNANCE

KARACHI: The federal and Sindh governments have expressed the resolve that problems being faced by the people of Karachi will be resolved jointly by taking...
Read more
HEADLINES

January 18, 2021
Food inflation has continued to pose a challenge to the government as prices of major commodities including wheat, flour, cooking oil and sugar have...

Why just the schools?