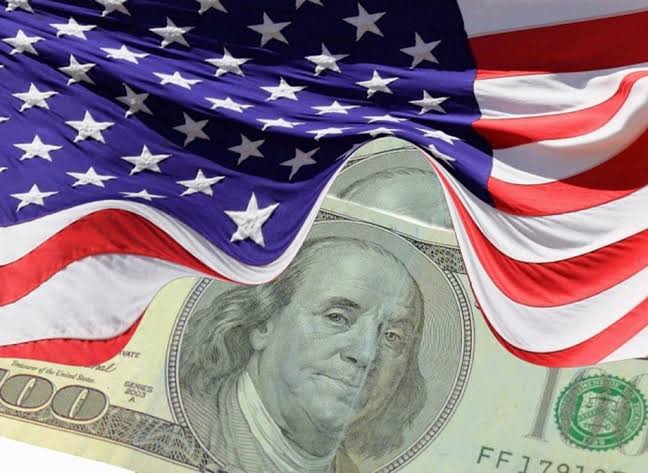 WASHINGTON: The US economy missed the Trump administration’s three per cent growth target for a second straight year, posting its slowest annual growth in three years in 2019 as the slump in business investment deepened amid damaging trade tensions.

The lofty growth goal has remained elusive despite the White House and Republicans’ $1.5 trillion tax cut package, which President Donald Trump had predicted would lift growth persistently above that threshold. The economy grew 2.3pc last year, the Commerce Department said on Thursday. That was the slowest since 2016 and followed the 2.9pc growth notched in 2018.

While the department’s snapshot of gross domestic product showed the economy maintaining a moderate pace of growth in the fourth quarter, that was in part because of a smaller import bill, which is unsustainable. Consumer spending slowed considerably last quarter and that could persist with wage growth appearing to have stalled.

But the longest expansion in history, now in its 11th year, probably remains on track and a downturn is unlikely as the Federal Reserve’s three interest rate cuts in 2019 kick in. The Fed kept rates unchanged on Wednesday. Fed Chair Jerome Powell told reporters the US central bank expected “moderate economic growth to continue” but also nodded to some risks, including the recent coronavirus outbreak in China.

“The new decade will bring about sub-potential GDP growth around 1.7pc as numerous headwinds keep businesses sidelined while households reduce their outlays in line with gently cooling income,” said Gregory Daco, chief US economist at Oxford Economics in New York.

The Trump administration’s 18-month-long trade war with China last year fueled fears of a recession. Though the economic outlook has improved with this month’s signing of a Phase 1 deal with Beijing, economists do not see a boost to the economy as US tariffs remained in effect on $360 billion of Chinese imports, about two-thirds of the total.

That helped to offset the drag from a slower pace of inventory accumulation. Economists polled by Reuters had forecast GDP rising at a 2.1pc rate in the fourth quarter.

Excluding trade, inventories and government spending, the economy grew at a 1.4pc rate in the fourth quarter, the slowest in four years. This measure of domestic demand rose at a 2.3pc pace in the third quarter.

Economists estimate the speed at which the economy can grow over a long period without igniting inflation at around 1.8pc.

The White House claimed that slashing the corporate tax rate to 21pc from 35pc, as well as shrinking the trade deficit would boost annual GDP growth to 3.0pc on an sustainable basis and pay for the tax cuts. Economists have long disagreed, pointing to structural issues like low productivity and population growth.

Some also argued that there was historically not a very strong relationship between corporate tax rates and business investment. Some companies including Apple used their tax windfall for share buybacks.

A report from the nonpartisan Congressional Budget Office on Tuesday forecast the federal budget deficit will hit $1.02 trillion this year.

The dollar was little changed against a basket of currencies. US Treasury prices were trading higher US stock index futures briefly extended losses after the data.

Business investment fell at a 1.5pc rate in the fourth quarter. It was the third straight quarterly decline and the longest such stretch since 2009. There were decreases last quarter in spending on nonresidential structures such as mining exploration, shafts and well, and industrial business equipment.

Spending on nonresidential structures contracted in 2019 by the most since 2016. Trade tensions have eroded business confidence and weighed on capital expenditure.

With confidence among chief executive officers remaining low in the fourth quarter after dropping to a 10-year low in the prior quarter, a rebound is unlikely soon.

Business investment is also seen pressured by Boeing’s suspension this month of the production of its troubled 737 MAX jetliner, which was grounded last March following two fatal crashes. Boeing on Wednesday reported its first annual loss since 1997.

Growth in consumer spending, which accounts for more than two-thirds of US economic activity, slowed to a 1.8pc pace after rising at a brisk 3.2pc rate in the third quarter.

Though a separate report from the Labor Department on Thursday showed the number of Americans filing claims for state unemployment benefits fell last week, the tight labor market is not generating a faster pace of wage growth.

In the fourth quarter, personal income at the disposal of households after adjusting for inflation rose at a 1.5pc rate, stepping down from a 2.9pc pace in the third quarter.

The decrease in imports in the fourth quarter, in part because of US tariffs on Chinese goods, compressed the trade deficit. That led to trade adding 1.48 percentage points to fourth-quarter GDP growth. Imports have, however, since rebounded.
Last quarter’s decline in imports resulted in businesses almost depleting inventories in warehouses. A 40-day strike at General Motors also weighed on motor vehicle inventories.
Inventories rose at a $6.5 billion rate in the fourth quarter, the smallest gain since the second quarter of 2018, after increasing at a $69.4 billion pace in the July-September quarter. Inventory investment chopped 1.09 percentage points from GDP growth last quarter.
Facebook
Twitter
Linkedin
WhatsApp
Email
Previous articleSBP reserves surge $184m to $11.9bn
Next articlePakistan may become next big market for tech startups: report