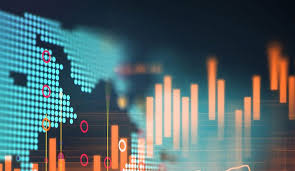 According to officials, the 101st meeting of the National Accounts Committee to review the Gross Domestic Product (GDP) was held here on Thursday. In the meeting which was chaired by the Secretary, Ministry of Planning,

The crop sector faced the consequences of acute water shortages during the first half of 2018 and thus only wheat depicted positive growth of 0.5%. Other crops (such as onion, tomatoes and fruits) showed growth of 1.95% mainly because of increase in production of pulses and oil seeds.

Livestock sector registered a growth of 4% whereas forestry has grown at 6.5% due to increase in production of timber. The overall industrial sector on the other hand showed an increase of 1.4%.

Electricity and gas sub sector has grown by 40.5% mainly due to better performance of WAPDA & distribution companies and IPPs. The construction activity has decreased by 7.6%. Services sector remained major contributor to economic growth as its value added increased by 4.7 percent.

Within services sector, wholesale and retail trade sector grew by 3.1% whereas transport, storage and communication sector has registered a growth of 3.3%. Finance and insurance sector shows an overall increase of 5.1% on account of positive contributions from scheduled banks (5.3%), non-schedule banks (24.6%) and insurance activities (12.8%) despite decline in central banking by 12.5%.

The general government services has grown by 7.99% and other private services, a set of computer related activities, education, health & social work, NGOs etc. has contributed positively at 7.1%.