US companies put record number of robots to work in 2018 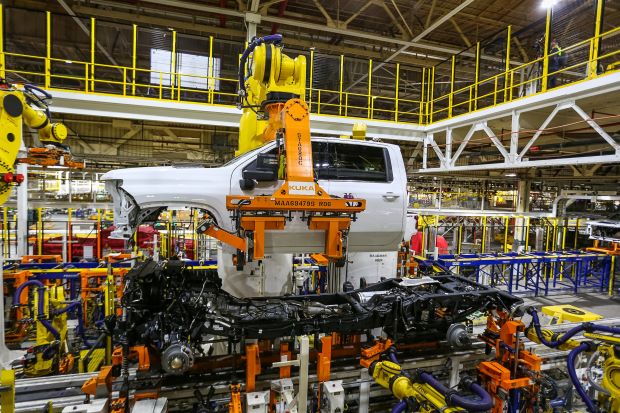 US companies installed more robots last year than ever before, as cheaper and more flexible machines put them within reach of businesses of all sizes and in more corners of the economy beyond their traditional foothold in car plants.

Shipments hit 28,478, nearly 16pc more than in 2017, according to data that was set for release on Thursday by the Association for Advancing Automation, an industry group based in Ann Arbor, Michigan.

Shipments increased in every sector the group tracks, except automotive, where carmakers cut back after finishing a major round of tooling up for new truck models.

Other sectors boomed. Shipments to food and consumer goods companies surged 60pc compared to the year before. Shipments to semiconductor and electronics plants were up over 50pc, while shipments to metal producers rose 13pc.

Pressure to automate is growing as companies seek to cut labor costs in a tight job market. Many companies that are considering bringing work back from overseas in response to the Trump administration’s trade wars may find automation the best way to stay competitive, even with higher-cost US workers.

Bob Doyle, vice president of the Association for Advancing Automation, said automation is moving far beyond its traditional foothold in auto assembly plants and other large manufacturers into warehouses and smaller factories.

One of those is Metro Plastics Technologies Inc, a family-owned business in Noblesville, Indiana, which has only 125 employees and got its start in the 1970s making, among other things, mood rings. Last March, the company bought its first robot, an autonomous machine that carries finished parts from the production area to quality inspectors. In the past, that work was done by workers driving forklifts.

“We had three propane, 5,000-pound forklifts,” said Ken Hahn, the company’s president. “We’ve eliminated those.” Hahn’s robot cost $40,000, about twice that of the cheapest option he considered, but far below the $125,000 machines also on offer.

Last year marked the first time since 2010 that auto and auto part companies failed to account for more than half of shipments, coming at just under 49pc instead, according to the report. In 2017, over 60pc of shipments went to automakers.

“The food industry is really starting to take off” as a market for automation, said Dan Hasley, director of sales and marketing for Kawasaki Robotics (USA) Inc, part of Japan’s Kawasaki Heavy Industries. He added that “food and beverage is one of the segments that really responds to tight labor markets.”