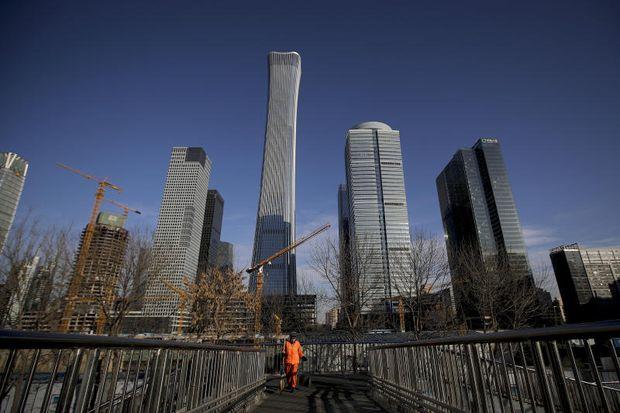 China’s economy grew at its slowest pace in almost three decades in 2018, losing more steam in the last quarter as it battles a massive debt pile and a US trade war, official data showed on Monday.

The 6.6pc growth comes in above the official target of around 6.5pc and matches a forecast by analysts, but is down from the 6.8pc chalked up in 2017, according to the National Bureau of Statistics (NBS).

And in a sign of the struggle Beijing faces, growth in the last three months of the year clocked in at 6.4pc, matching a low seen during the global financial crisis 10 years ago, with economists widely expecting the slowdown to deepen.

“Everyone is widely concerned about the direction of the international situation where there are many variables and uncertain factors,” said NBS commissioner Ning Jizhe, noting trade protectionism was in vogue.

“For the world’s second-largest economy, where trade accounts for one-third of GDP, this has an impact,” he said, adding “downward pressure” on the economy has increased.

The slowing growth prompted Premier Li Keqiang last week to vow the government would not let the economy “fall off a cliff”.

Relations with top trading partner the US deteriorated sharply last year after President Donald Trump hit roughly half of Chinese imports with new tariffs in an attempt to force trade concessions.

Escalating the trade war is on hold for now after President Xi Jinping and Trump agreed to a three-month ceasefire, with top negotiators set to meet in Washington at the end of this month as a March deadline for a deal looms large.

“China-US economic and trade frictions do indeed affect the economy, but the impact is generally controllable,” said Ning.

While analysts say the standoff has dented confidence — leaving the stock markets battered and the yuan weakened — they attribute most of the downturn to the government policies to tackle growing debt, financial risk and pollution.

China hit the brakes on major projects such as subway lines and motorways to keep a lid on debt last year, with infrastructure investment rising by just 3.8pc, down from 19pc the year before.

China’s exports to US and the world also fell in December, reinforcing the need for its legions of domestic consumers to fuel the economy.

“But the worst is yet to come,” he said.

Li last week touted China’s “massive market” and vowed to spur on consumption, but the data shows difficulty ahead.

Retail sales growth slowed to 9.0pc, down from a 10.2pc increase the previous year. In December, sales grew 8.2pc. Output at factories and workshops ticked up 6.2pc for the year, down from 6.6pc in 2017.

Chinese officials say they will not resort to large scale stimulus like during the financial crisis to jolt growth, instead laying out policies like lower taxes and fees and less red tape to drive consumption.

“Growth will remain under pressure in the coming months and policymakers will aim to halt the slowdown in growth, rather than try to engineer a significant pick-up in growth,” said Louis Kuijs of Oxford Economics.

The official figures could be painting an overly rosy picture, analysts say.

The governor of northeastern Liaoning admitted in 2017 that the industrial province had falsified data for years.

Even Li said in 2007, when he was Liaoning’s top political official, that results were often “man-made” and he used his own calculations to guide provincial policymaking, according to a confidential memo released by WikiLeaks.

“The NBS is part of the government… that is why it is legitimate for the outside world to worry about potential adjustment of data on the economy,” said Kuijs.

The US-based Conference Board, a widely respected global business think tank, said its methodology indicates growth of 4.1 percent for 2018.