According to reports, the tweet from PTI’s official account was sent out on Friday night stating that from July 1, 2019, South Punjab will have a separate secretariat.

The tweet added that “in addition to a separate secretariat, South Punjab will also have its own chief secretary and inspector general of police along with its own development budget”. 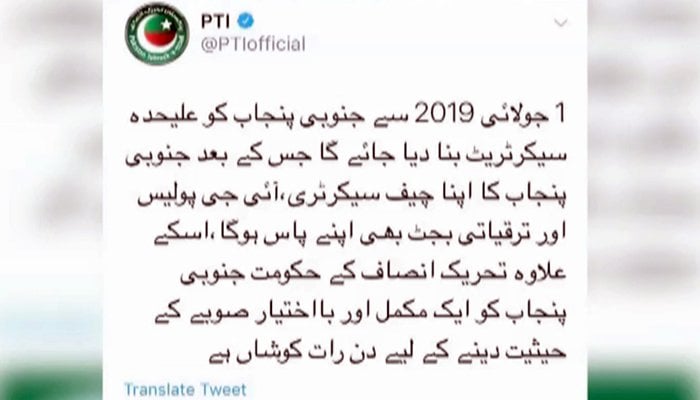 Moreover, the tweet said that PTI is working “day and night to make South Punjab an independent province”.

Shujaat advises Imran to be wary of hypocrites

Malayisa’s Mahathir to step down after APEC Summit

Pakistan is now viewed as ‘part of solution’ over Afghan issue: FM