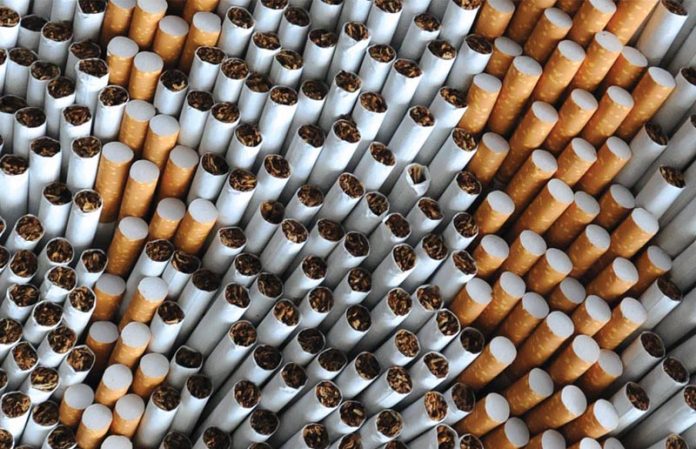 ISLAMABAD: The Auditor General of Pakistan (AGP) is not likely to conclude the special audit of international tobacco companies operating in the country within the given time period and is also unlikely to submit an audit report before the Public Accounts Committee (PAC) by 23 May 2018, sources said.

Well-informed sources in the tobacco sector disclosed to Pakistan Today that despite the directions of the PAC to conclude a special audit of international tobacco companies, the AGP is not likely to conclude the audit within 15 days and submit a report before PAC on 23 May, 2018. They said that multi-national companies (MNCs) engaged in tobacco sector and the audit team of the AGP while hands in glove with each other, have strategised to deal with the directions of PAC, directing to conclude the audit within 15 days.

And, as per strategy, delaying tactics will be used by the audit team in finalising the forensic audit of the accounts of MNCs and it (audit team) will not submit the audit report before PAC on 23 May, 2018 while the constitutional tenure of PAC is about to expire after a week.  Also, the audit team will submit the audit report of MNC’s accounts to the next government as the constitutional tenure of the incumbent regime is to expire by 31 May 2018, said sources.

“MNC’s have managed the forensic audit initiated by AGP on the directions of PAC. And, an audit report on MNC’s accounts will not be submitted till the expiry of the tenure of PAC. The next government will look after the matter,” said sources.

Taking cognizance of billion rupees worth decrease in tax collection from tobacco manufacturing industry, PAC Chairman Syed Khurshid Shah earlier summoned FBR chairman to appear before PAC. During PAC’s proceeding, PAC passed directions to AGP to conduct a special (forensic) audit of the MNCs in the tobacco sector to find out the facts behind a massive decrease in the tax collection from the country’s tobacco sector.

He said that although the FBR has introduced third slabs on cigarette price to control the sale of non-custom paid cigarettes (illicit trade) and increase in smoking rates in the country, however, smuggling (illicit trade) continues and the smoking rate is ever increasing in the country. MNCs had reduced cigarette production by 50 per cent in 2016 in a planned manner only to get the introduction of the third-tier structure on cigarette price, said Khursheed Shah.

“Third slab has caused Rs30 billion in losses while 158,000 cases of cancer surfaced due to smoking, and the FBR has made cigarette price cheaper only to benefit MNCs,” said PAC Chairman Syed Khursheed Shah.

The chairman added that the only solution to control the increase in smoking rates is to jack up the price of cigarettes in the country.

Earlier, the AGP had launched a special audit of international companies engaged in the tobacco sector of the country, following the direction from PAC. The AGP sought all necessary records from the tobacco manufacturing industry as this special audit was to be completed within 15 days as per PAC’s directions.

Moreover, the audit was to see how much tax MNC’s were being paid to the Federal Board of Revenue (FBR). Also, MNCs reduced cigarette price by 50 per cent while their production recorded 100 per cent increase in 2018, said sources.

It is relevant to mention here that FBR has retained the third slab of federal excise duty (FED) on cigarette prices and set aside stakeholder’s recommendations, asking to jack up the FED of first two slabs in the finance bill 2018-19.

Rejecting the recommendations of the Ministry of Health, the National Assembly Standing Committee on Finance and the Chairman Public Accounts Committee (PAC) to jack up the FED imposed on cigarette prices by Rs44 per pack, FBR has increased FED rate by only 96 paisas per pack of cigarette in the Finance Bill 2018-19.

According to the Finance Bill 2018-19, FBR has increased FED by 6 per cent for all three tiers of cigarette prices. For the first slab on cigarette price, FED of Rs4.48 per pack while Rs2.00/pack for the second slab, and only 96 paisas per pack on the third slab.

Sources in FBR on condition of anonymity said that FBR has collected only Rs87 billion from the tobacco sector during the ongoing financial year which is far behind the actual target of Rs120 billion. They said that although the production of cigarettes increased by 100 per cent, FBR’s tax collection from tobacco sector has witnessed a 10 per cent decline during the said year. However, FBR has rejected the recommendations of Health Ministry, parliamentary panel, NGOs, think tanks, and retained the third tier of structure on cigarette prices in the finance bill 2018-19.

The sources also informed that due to FBR’s measures, cigarette production would touch 60 billion annually, while around 2.5 million young people will become smokers and the national exchequer will face almost Rs40 billion in revenue losses during the current fiscal year, only because of cheaper prices of cigarettes in the country.

Surprisingly, Pakistan is a signatory of the World Health Organization (WHO) Framework Convention on Tobacco Control (FCTC), and under the treaty, the government is bound to increase taxes to reduce tobacco consumption in the country. However, FBR has finally declined to withdraw third tier structure which has so far apparently caused a massive increase in death rate due to ever-increasing smoking rate in the country. The FBR has rejected the recommendations of Health Ministry, PAC chairman, Standing Committee of National Assembly and Senate, Sustainable Policy Development Institute (a think tank), Pakistan National Heart Association (PANAH) and maintained third tier structure on future cigarette price in the finance act 2018.