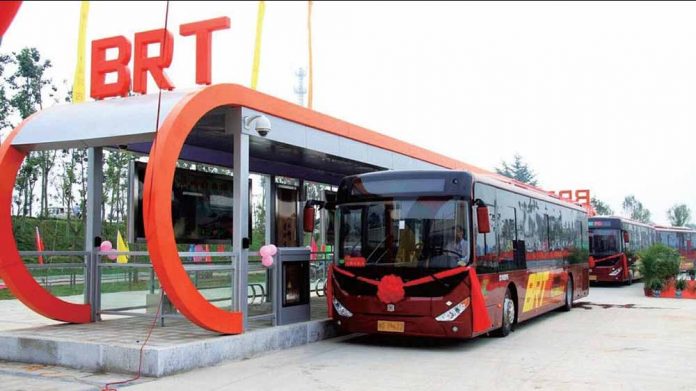 ISLAMABAD: United Nations Office for Project Services (UNOPS) handed over 14 Mitsubishi FUSO buses to the Khyber Pakhtunkhwa (KPK) Government for its Mass Transit System (MTS). The government of Japan donated these buses manufactured by FUSO Master Motors under its grant assistance to UNOPS.

The ceremony took place in Chief Minister House in Peshawar which was attended by officials of FUSO Master Motors, UNOPS, the government of Japan and KPK government.

KPK Chief Minister Pervez Khattak thanked the Government of Japan and UNOPS for their assistance and said these buses will be operated under mass transit programme specifically to cater to the needs of female passengers in Mardan and Abbottabad city. This initiative was taken to honour the women of KPK and their services to the nation.

These buses have been designed in accordance to the requirements set forth by UNOPS. The buses will be donated to various government departments of KPK. This will be the first of its kind operation to facilitate the women of KPK.

This symbolic achievement by KPK government is another milestone of their success. It can be the initiative which can act as a catalyst for other provinces to take lead in such projects, exclusively for the transportation of women.

FUSO Master Motors Limited Spokesman said that Mitsubishi FUSO bus has 20-seats and space to accommodate 20 more persons. These buses were specifically manufactured to cater to the needs of mass transit but most importantly to help ease the current transportation problems faced by the college and university going students.

“FUSO Master Motors (FMM) assembles the buses with the world-renowned brand “Mitsubishi FUSO” which is a part of Daimler Group (Mercedes Benz). With the initial induction of 14 units, FMM is looking forward to additional order to cater the requirement of women of KPK,” he added. FUSO Master Motors also makes school buses and have supplied all over Pakistan to government schools of special education, he informed.