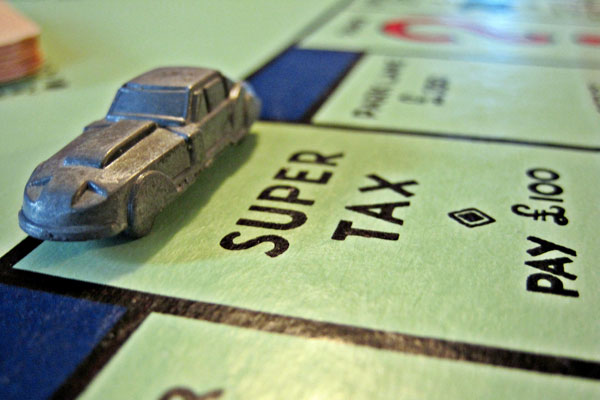 KARACHI: A report released by Taurus Securities on Wednesday said the super-tax could almost wipe-out 7 percent of annual earnings of banks in 2018.

The upcoming finance bill 2018 will stretch 4 percent super tax to the tax year 2018 and the banking sectors earning would remain under pressure for the next three years, reported The News.

It added the banking sector would finish up paying the highest amount of super-tax compared to other industries over the course of next three years.

The super-tax was enacted in 2015 as a one-off tax to meet the expenditures of the Armed forces during the Operation Zarb-e-Azb and was supposed to generate funds for the rehabilitation of the population displaced by the operation and was to be implemented for only a year in the budget of the fiscal year 2014-15.

A 4 percent super-tax was levied on banking companies and 3 percent on those taxpayers having an income of around Rs500 million in the tax year 2014-15.

The government in the budget for FY 2018-19 recommended super-tax to remain unchanged for the present financial year and be slowly reduced by 1 percent from FY19 for both banking and other entities.

And in a separate report, First Capital Research stated super-tax could cause 5 to 7 percent hit on banking profits during 2018.

Low-interest rates since November 2014 eroded the banking sector’s profitability and recently the interest rate was jacked up to 6 percent by State Bank of Pakistan (SBP) after being unchanged since May 2016.

Domestic banks having overseas branches wouldn’t be permitted to file provision claims linked to advances and off-balance sheet items of foreign branches against income from its domestic operations as per Finance Bill 2018.

Taurus Securities in its report said due to these revisions in the Finance Bill 2018, it believed HBL and UBL could be severely impacted due to the recent upsurge in loan losses on their foreign books and lower coverage.

It added thus these banks “may not be able to claim the benefit of foreign branches’ loan losses and their effective taxation may rise.”

US Federal Reserve Board terminates enforcement actions with HBL

UBL announces to wind up its wholly owned subsidiary