Trade deficit surged by 24.50 per cent in July-Dec this year 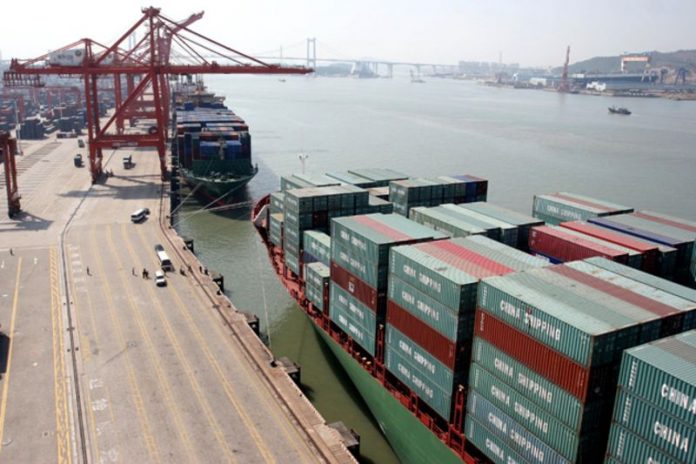 KARACHI: The country exports surged by 11.24 per cent in first half of the current fiscal year to $ 11.007 billion compared to $ 9.895 billion in the same period last year.

The analyst said, “measures taken by the government worked in the month of December and trade deficit enhanced marginally.” The exports improved very slowly, he added. He said we hope to continue to see the declining imports in the upcoming months owing to the government measures and depreciation of the Pak-rupee against the US dollar.

The central bank has devalued the local currency by 5 per cent in December 2017 which will also help to enhance the exports and reduce the imports, the analyst claimed.

Analysts of the brokerage houses believed that export of goods may touch above $ 22-23 billion if the federal government releases industrialists’ refunds and export’s rebates etc on time.