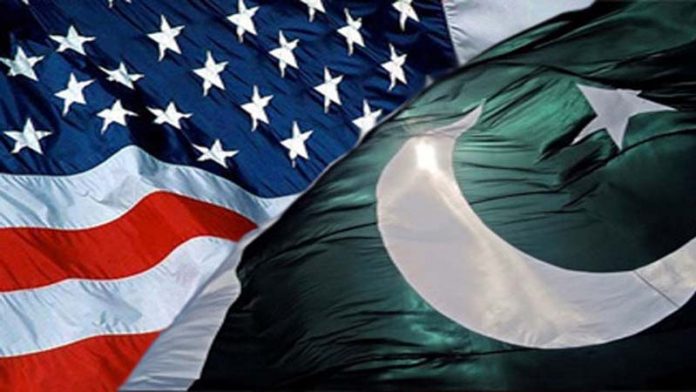 ISLAMABAD: SAARC Chamber of Commerce and Industry Vice President Iftikhar Ali Malik Tuesday said joint ventures should be made between Pakistan and US in economic sphere which would not only be helpful to create Pakistan-US long-term bilateral relationship but also give an edge to Pakistan in the war against terrorism.

Talking to media persons after attending a meeting with US Ambassador to Pakistan here at regional office of Federation of Pakistan Chamber of Commerce and Industry, the business community top leader Iftikhar Ali Malik said the USA should remove the bottlenecks in bilateral investment treaty and efforts should now be made on signing a free trade agreement (FTA) at the earliest and it was now imperative that the USA should offer same package and incentives which it offered to Bangladesh and Sri Lanka in textile exports, such as duty concessions and market access,” said a press release issued here.

“There must be an incentive package for Pakistan for being a front-line state in combating terrorism with the USA. There is a need for duty cut and market access for Pakistani textile goods to the USA,” he added.

Iftikhar Ali Malik, who is also founder Chairman Pak-US Business Council said that Pakistan is a time-tested friend and suffered colossal irreparable economic losses running in billions of dollars in the wake of the war on terrorism in the region.

He further said visa restrictions should be eased for the Pakistani businessmen and exporters and joint efforts were needed to further cement the existing economic ties between Pakistan and US private sector. He said Pakistan and US were enjoying an amicable relationship and coalition partners against the war on terror.

He said Hillary Clinton, the former Secretary of State at one on one meeting with him during her last visit to Pakistan promised to develop Reconstruction of Zones (ROZ) which he added is still awaited to be materialised.

He urged Pakistani-American businessmen to avail immense business potential in Pakistan as well.

“Pakistan and the United States have been close allies in the fight against terrorism, which is a common threat to all nations of the world adding he said as a matter of policy, Pakistan does not allow the use of its territory against any country. Instead of relying on the false narrative of safe havens, the US needs to work sincerely with Pakistan to stamp out the menace of terrorism,” he added.

He said Pakistan desired peace and stability in Afghanistan as peace in Kabul was good for the entire region but the veteran trade leader Iftikhar Ali Malik stressed that after 16 years of conflict, it was clear that lasting peace in Afghanistan could only be achieved through a comprehensive political process with the active participation of Pakistan.

“Pakistan stands ready to work with Afghanistan and the United States to that end,” he said.

He emphasised that Pakistan has always preferred to resolve all issues peacefully. He said that both India and Afghanistan have given their point of views. He said the United States also has no choice but to use Pakistani roads to resupply its troops in landlocked Afghanistan.

He suggested the United States and Pakistan should expand cooperation on the 2013 Joint Action Plan on Trade and Investment as the United States remains Pakistan’s largest bilateral export market and a significant source of foreign direct investment. He said it would be in the interest of both the countries to enhance their trade volume which had been hovering around $ 5 billion for the last five years.