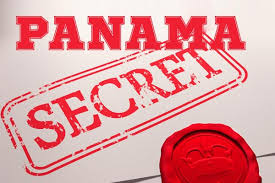 ISLAMABAD: Data pertaining to more than 400 Pakistani citizens who have packed away their wealth abroad won’t offer any benefits, as the laws aide tax evasion and money laundering say experts.

Experts are off the opinion till these laws aren’t revised/changed, there is no chance that tax authorities would initiate action against these accused individuals considering past seven months proceedings, reported Express Tribune.

During ex-Prime Minister Nawaz Sharif’s first stint, Protection of Economic Reforms Act (PERA) 1992 had been promulgated, which then allowed politicians and industrialists to declare their black money and make it white according to court records from that period.

As per sections 4, 5 and 9 of PERA and section of Income Tax Ordinance (ITO) 2001 offers complete indemnity from tax investigations.

It is pertinent to mention before promulgation of PERA, Pakistan had a regulated jurisdiction for foreign exchange.

Section 4 of PERA says “All citizens of Pakistan resident in Pakistan or outside Pakistan and all other persons shall be entitled and free to bring, hold, sell, transfer and takeout foreign exchange within or out of Pakistan in any form and shall not be required to make a foreign currency declaration at any stage nor shall anyone be questioned in regard to the same.”

Investigation into Panama Leaks has also hit roadblocks because tax authorities don’t have formal treaties with off-shore tax havens for exchange of information. Among the off-shore havens Pakistan doesn’t have agreements with include: Panama, British Virgin Islands, Jersey and Cayman Islands.

According to FBR spokesman Dr Mohammad Iqbal, there are two requirements to investigate people named in Panama leaks. One, is the presence of official papers linking these accused have stashed their ill-gotten wealth abroad, and lastly there must be a bilateral avoidance of double taxation and exchange of information treaty.

Federal Board of Revenue (FBR) has issued notices to 336 individuals named in Panama Papers but no action has been initiated against them till now. This is being done under section 176 of ITO, which authorizes tax officials to get information about any transaction.

They added; those non-resident Pakistani’s having no income source in Pakistan aren’t bound to reply to these notices. Ex-PM Nawaz Sharif had been issued notices under section 176 of ITO which sought information about foreign remittances receipts from his sons and distribution of it among his family members.

The FBR never revealed any details of this notice issued to the public to gain trustworthiness and show its neutrality.