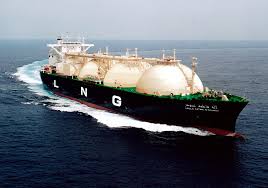 Karachi: A local newspaper has reported that leading business houses from the private sector are planning to invest $120m for building a fourth Liquefied Natural Gas (LNG) terminal for handling the commodity import.

This LNG terminal will serve the needs of these entities to utilize imported LNG to power their car, textile and cement production plants.

Three entities Halmore Power Generation, Sapphire Group and Younus Brothers Group has envisaged a plan to build Energas LNG Terminal at Port Qasim which would have a handling capacity of 800 million cubic feet per day (MMCFD).

This equals to an annual handling capacity of 4.5m tons, out of which 2.1m tons will be the requirements of these entities respective manufacturing plants.

The demand will rise to 3.1m tons per annum once the power plants of these respective entities start operations.

The terminal’s Chief Executive Officer, Anser Ahmed said that talks were underway with various independent power producers for using the spare capacity expected to be available with Energas and the government could also utilize this terminal for import purposes.

A no-objection certificate had been issued by the Port Qasim Authority for building this LNG terminal, but Oil and Gas Regulatory Authority (OGRA) hasn’t yet issued the licence, Ahmed said.

Anser added that construction of Energas LNG terminal will commence from December this year and he said that a engineering, procurement and construction (EPC) contract agreement is expected to be signed shortly.