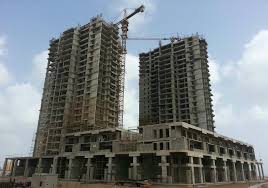 The Lahore city authority is inviting expressions of interest (EOI) from various well-reputed and financially viable companies that are capable of bringing together the expertise and skills for the construction of Rs 4.25b worth 28-story twin towers until May 24. Open bidding will later be held between prequalified competitors using two-stage, two-envelope process.

As per the proposed plan, the LDA will be providing the land as equity for the project while the private entity will be engaged in the design, financing, construction, marketing, sales and management of the building.

The profits will be shared between the constructor and the development authority while the management of facilities will be determined through open, competitive bidding.

Last month, LDA Director-General Zahid Akhter Zaman had invited Chinese and Turkish investor to invest in the project. Furthermore, the LDA secretary and other sponsors have also invited EOIs from local and multinational restaurant chains for setting up outlets.