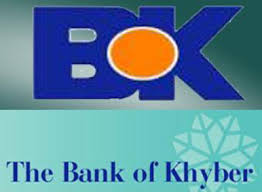 The Board expressed satisfaction over the performance and growth across all operational areas of the Bank during the period under review and approved the accounts for the period ended 30th June 2016. The Board was also informed that during the period Bank’s operating profit was recorded at Rs 2.109 billion showing growth of 31 per cent over Rs 1.610 billion of corresponding period where assets grew to Rs 175 billion showing 23 per cent rise over corresponding period where asset were Rs 142 billion as on June 2015. While BOK investment was recorded at Rs 106 billion registering a growth of 28 per cent against Rs 83 billion of corresponding period of 2015.

Muhammad Azam Khan, Chairman BOK Board, appreciated the management for its continued positive performance. The chairman appreciated efforts of all branches towards achievement operational targets and advised the management to guide and support field staff to work more dedicatedly. He said growth in profitability is due to team work. The chairman BOK said that Rs 1.021 billion profit after tax in the half year shows the confidence of general public on BOK policies and its vital role for socio-economic uplift across the country.