The paramilitary Rangers and police Saturday (today) claimed to have arrested at least 24 suspects, including three ‘militants’ belonging to Al-Qaeda, in raids across the metropolis.
A joint operation was carried on by the law enforcement agencies at Nazimabad area of the metropolis and nabbed three activists of Al-Qaeda in South Asia.
The law enforcement agencies seized kalashnikovs, hand grenades and other explosive materials from the suspects possession.
According to the reports, arrested terrorists were planning to carry out a major terrorist attack in the city.
Meanwhile, the law enforcement agencies apprehended three alleged criminals during a separate encounter.
Nine suspects were rounded up from the jurisdiction of Model Town Police Station.
Separately, police arrested a drug dealer during a raid in Karachi’s New Town area and seized one-kilogram of drugs from his possession. 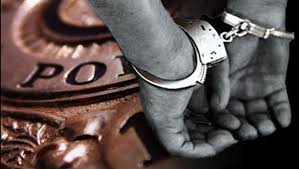 ‘Smoke with freedom’: Mexicans get high in marijuana garden outside Senate